MELBOURNE churches hope to grow through a renewal movement, which initiators say rests on a strong scriptural understanding of God.

St George’s vicar the Reverend John Sanderson formally launched HeartEdge in September, but lockdown forced the delay of any activities until November.

HeartEdge describes itself as a movement for renewal, fuelled by people and churches sharing their assets, experience, resources and need. It was founded by Reverend Dr Sam Wells at St Martin-in-the-Fields London in 2017.

While an Anglican initiative, HeartEdge is intended to be ecumenical and international. The Diocese of Melbourne has become involved through Bishop Kate Prowd.

Mr Sanderson said HeartEdge attracted him because it had substantive theology and philosophy underpinning it, grounded in the reality of people’s lives, and of scripture.

“A significant proportion of churches in Melbourne will be able to see a direct connection between how they’ve been living their lives and how their lives may be able to flourish even more,” he said.

The key text of the HeartEdge movement is Dr Wells’ book A future that’s bigger than the past, which Mr Sanderson said articulated the theology, philosophy, sociology and history that underpinned the movement.

Mr Sanderson said HeartEdge had a strong, sound, orthodox understanding of God as revealed in scripture, in contrast to many other church renewal movements.

“You can see that it’s of God. It’s not somebody’s sociological or managerial [theory] … it’s clearly of God,” he said.

Working together, St George’s and St Paul’s are the first HeartEdge hub churches in Australia. Hub churches have formal written agreements to grow heart edge, which they will do by growing a body of people with knowledge in the four Cs.

Mr Sanderson said hub churches acted as a model for others, to see how the movement could be enacted locally.

Ms Sanderson said churches in other states had also shown interest in the movement, such as those in the Anglican Diocese of Brisbane.

He said he hoped to expand HeartEdge in Melbourne as much as possible, to the point where everyone could relate to it and understand it.

“We’re up and running and we’re looking to build,” Ms Sanderson said.

“[HeartEdge] should go really great guns in Melbourne because a lot of churches in Melbourne are doing things that you can see are a very natural alignment with the four Cs.”

November’s HeartEdge activities at St George’s included a choral evensong for Advent Sunday, with a lecture on renaissance composer Michael Praetorius by musicologist Peter Bandy, and a lecture by American theologian and poet the Reverend Carla Grosch-Miller.

December’s activities within HeartEdge churches include a reflection group course, a reimagined jazz vespers and a reading group.

Find us on Social Media 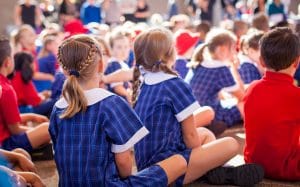 AN ANGLICAN leader has condemned the state government’s anti-discrimination legislation due to pass in the Parliament’s upper house in early December, joining with other religious communities to do so. 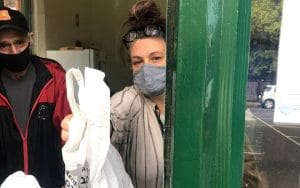 By Elspeth Kernebone  3 December 2021 A CHURCH initiative is making special effort to help people in need this Christmas by giving out goods hampers.  St Peter’s Eastern 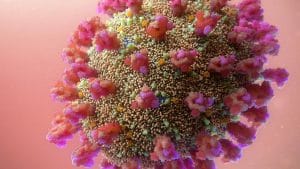 By Chris Shearer 30 November 2021 IT REMAINS too early to tell if the Omicron COVID-19 variant will hit Anglican Overseas Aid’s project partners, but 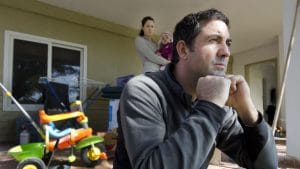 Hardship to hit in short and long term for vulnerable workers

TOUGH months are coming for many vulnerable workers but the long-term effect of the pandemic on their financial health will be significant for many, according to Brotherhood of St Laurence experts.

do you have story?

Stay up to date with The Melbourne Anglican